Our taxi ride was 45 minutes, windows down, feeling the warmth of summer in Australia. Australian summer are opposite from the US. The taxi fare was $61.00 AU.

Our hotel is the Marriott-Sydney, Circular Quay. I stayed at this property before and the service is always fantastic. The staff is very caring, particularly for those have traveled all evening. We around 9:15 am. As expected, our room was not ready; however, they said by noon we would be able to access our room. We secured a pass to the Executive Lounge where we were able to relax, eat and drink, and map our day. Cindy and I met two gentlemen traveling together from Chicago. They just arrived from a long trip in New Zealand, my next destination, just sayin. Also while in lounge we were able to Skype family.

Our room was ready at 11:00 am, great news. We needed a shower and change of clothes. We were getting a little gamy. Our room was wonderful. King size bed, room overlooking the Sydney Harbor Bridge. After settling into the room, we showered, changed clothes and took a 1-hour nap. This took the edge off the jet lag. The nap was awesome.

Around 1:30 pm, we left the hotel and decided to take the Coffee Cruise around the Sydney Harbor. Cindy and I have both done the Harbor cruise twice, however separately. We have never been to Sydney before together, so taking the harbor tour together was so awesome, particularly during the summer months. In the past, the tours were in the winter months.

The Coffee Cruise was Captain Cook Cruises and lasted 2 hours. During the cruise, there was a narrator pointing out many of the spots on the harbor. Some of the areas we passed included the Opera house (the most expensive neighbor ‘Elizabeth Bay’ in Australia, 9th in the world), Fort Denison, Clark Island, Double Bay, Shark Island, Watson’s Bay, Manly, a nude beach, South/Middle/North Head, Grotto Point, The Spit, Clontarf, and Blamoral. We also went under the Harbor Bridge. This structure is huge and landmark like no other. Cindy and I sat on the top deck of the tour boat and were able to take some awesome photos. I attached some photos in the blog.

Following the Coffee Cruise, Cindy and I walked around the Rocks area. The Rocks area is hilly and full of restaurants, bars, and wonderful shopping. It is always bustling with people and people watching. This area is also the entry area to the Harbor Bridge for foot traffic or for those who paid to climbing the bridge.

We took several photos here. We to next walk over to the Opera House are to scope out restaurant options for the evening and take close up photos of the Opera House.

After walking around, we returned to our room and had a tray of Brie cheese/crackers and a bottle of Chardonnay wine in our room. We indulged with the lovely cheese and Australian wine (Lorimer, 2013 Vintage). We then ventured back to the Executive Lounge for cocktails and appetizers. It was nice to have a cocktail on the 30th floor overlooking Sydney as the sunset.

We returned to our room to get dressed for dinner that will be on the harbor. We wanted to take evening pictures of the Opera House and Harbor Bridge. While walking to take photos and go to dinner, we did encounter rain and a thunder storm, however in the end we were able to take some awesome photos. Attached is a photo. People were super sweet to take our photos.

We ate dinner at a bar. Cindy ordered Steak Diane with a glass of Merlot, Todd ordered a burger (second best burger I have ever eaten) with glass of Australian Pale Ale beer. It was so smooth. While eating, watched a cricket match. Not sure I quite understand how the game is played, but got the basics down.

Here is a little about Sydney, Australia (sources: Sydney tourism and Wikipedia).

Sydney is the state capital of New South Wales, the most populous city in Australia. It is on Australia’s south-east coast, on the Tasman Sea. In June 2010 the greater metropolitan area had an approximate population of 4.6 million people. Inhabitants of Sydney are called Sydneysiders, comprising a cosmopolitan and international population.

The site of the first British colony in Australia, Sydney was established in 1788 at Sydney Cove by Captain Arthur Phillip, of the First Fleet, as a penal colony. The city is built on hills surrounding Port Jackson, which is commonly known as Sydney Harbour, where the iconic Sydney Opera House and the Harbour Bridge are prominent structures. The hinterland of the metropolitan area is surrounded by national parks, and the

coastal regions feature many bays, rivers, inlets and beaches, including the famous Bondi and Manlybeaches. Within the city are many parklands, including Hyde Park and the Royal Botanic Gardens.

ydney is a consistently high-ranking world city for quality of life and the Economist Intelligence Unit (EIU) ranked it the world’s third most expensive city in 2013. It has hosted multiple major international sporting events, including the 1938 British Empire Games (now known as the Commonwealth Games), the 2000 Summer Olympicsand the final of the 2003 Rugby World Cup. The main airport serving Sydney is Sydney (Kingsford Smith) Airport and its main port is Port Botany. 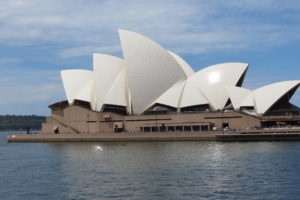 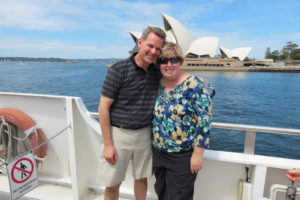 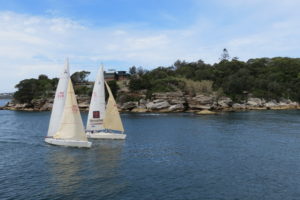 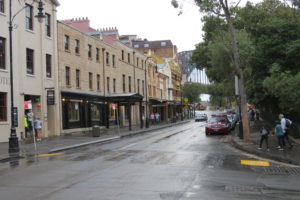 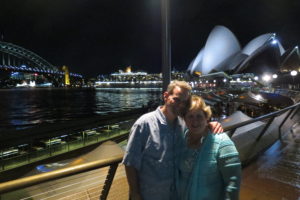 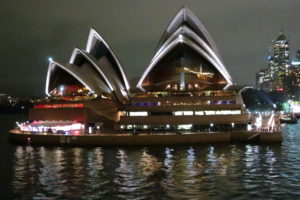