Today we are in Noumea, New Caledonia, part of Oceania. I will provide some information on Noumea at the end of our blog.

We boarded our tour bus and left the port by 8:15am. Within 5 minutes we arrived at a new dock where our motor boat was to take us to our destination, Amedee Lighthouse. Once we departed the bus, we quickly moved on the motor boat. Cindy and I found a spot at the top of the motor boat to sit. There seemed to be viewing from this vantage point. The boat holds at least 3 tour busses.

that passed by several hundred miles away; I suspect this has a lot to do with it.

While on the boat ride (the company that cruise used for this tour is Mary D Enterprises), the tour guide told us about the island and explained the animals that are on this small island. She also handed each of us an agenda for the day, very organized and you knew what was happening from the time we arrived to the time we left. She also gave us orange bracelets. There were other smaller tours on the islands, so in order participate in certain activities; we need to wear the wrist band. Most of the trip across the open waters there was not much to see, however we did see a very small island that looked it had hotel rooms or private huts built over the water. I have seen these types’ rooms in magazines or travel brochure, very romantic indeed, however really expensive.

Exactly 45 minutes later we arrived at Amedee Lighthouse island. The water was so clear and calm. The white beaches, although small, were beautiful lined with Palm trees and other native plants. It looks so relaxing. It made me want to just retire and come hang out here, be beach bum.

One of the many activities for the days was to take a glass bottom boat ride around the Island. We boarded the glass bottom boat and left the dock area. During this boat ride, we did some very interesting coral and fish, however it did seem like it was a little stirred up, probably because of all the boating activities in the morning. We were thinking about renting snorkel gear when we returned to shore, however after seeing the conditions, we decided not rent the gear. Before we returned to shore, we did see a sea turtle sitting on coral. There also a fish that had a suction fins on its back and attached itself to the bottom of the boat. Quite funny to watch this.

Once we returned from the glass bottom boat (tour last 25 minutes) we made our way to the store on the island to see what merchandise they had available. We bought 2 postcards. Cindy wrote a quick note, addressed them to the kids, and then we bought stamps. The store keeper said they would get mailed. We noticed later in the day others were doing the same, sending postcards.

After shopping, Cindy staked out a place on the beach under a palm tree, Todd decided to climb the lighthouse. As expected the lighthouse steps to the top were very steep and built in the circular. Before I started the climb, there was a local playing the guitar at the base of the steps. What was interesting and very about this is you could hear him playing all the way at the top of the lighthouse. The sound was awesome and quite therapeutic. I did not count the steps; however I meet one lady coming down and she said that there are exactly 236 very steep steps. Along the way climbing the steps, I had to stop. I have no idea why I can run a marathon and not be winded, but when I climb stairs, I get very tired.

Once I reached the top and looked at the view, all I can say is WOW. I included some pictures in my blog post, but the view was breathtaking, one that I have never seen

from this vantage point. The entire island is surrounded by very blue water and coral reef. The scenery was so peaceful. Words can’t describe all this. It is amazing that such a beautiful place exists and how very lucky we are to be able to see all this.

I returned back to the base of the lighthouse after just staring at the beautiful scenery. Cindy and I wanted to take the barrier reef tour scheduled for 11:00am. According to our cruise and then locals, this barrier is the second largest, next the Great Barrier Reef off the coast of Australia. The boat took us to a natural break in the reef so we get close to the actual reef. Again, the water is so beautiful and you could also see the reef from our boat. Absolutely beautiful. A couple of the staff members on the boat were looking for some type of marine life; sand sharks, stingrays, or sea turtles. The staff members did locate some fish; however, no sand sharks or turtles. The staff was throwing bread into the water and the fish would come to the surface and go crazy. Some of the fish would

eat the whole loaf in one bite. I took some photos and video on this.

After we returned to shore, we made our way over to the where the food would be served. Prior to eating lunch, we had pre-lunch cocktails. Cindy and I drank rum punch, really good punch. There was a lot of punch available, so had a couple of glasses. We found a table to eat at and close to the where the entertainment will be later after lunch.

Lunch was well done and a ton of choices. Most cruise tours that last all day, provide lunches, however they are normally small and limited in selections. Not this tour. There was a ton of choices, mostly local dishes. They also had a salad and dessert area. You won’t go hungry with this meal. Back at our table, they provided us with bread and a bottle of red wine at our table. The wine was French (the island is French). The wine was Les Gauries, Bordeaux, 2011 vintage.

At exactly 12:30pm, we enjoyed South Pacific Folklore Dancing. Within minutes of the show starting, one of the dancers picked me out of several to come up on the stage to trying out the folk dancing. What a fun time that is. Later in the show they picked others to participate in the show. For some reason I had sucker on my face and I was back on the stages with other guests doing different types of folk dancing. We really enjoyed this show, reminds us of when we visited Hawaii and the great entertainment we experienced.

Following lunch, the tour provided coffee and biscuits. Cindy and I were too full to partake in this event. Instead of watching someone climbing a coconut tree and gratting a coconut, Cindy and I found a spot on the beach and relaxed before we departed the island. One thing that is surprising to me is the water was cold. I did not expect that in the South Pacific.

Some great photos were taken today and quite an experience. The natural beauty of this area is incredibly neat and relaxing. I have mentioned in prior trip blogs that there are sights we have visited over the years and how overwhelming the surroundings are to your senses. This is one of them.

According to Wikipedia “Nouméa (French pronunciation: ​) is the capital city of the French special collectivity of New Caledonia. It is situated on a peninsula in the south of New Caledonia’s main island, Grande Terre, and is home to the majority of the island’s European, Polynesian (Wallisians,Futunians, Tahitians), Indonesian, and Vietnamese populations, as well as many Melanesians, Ni-Vanuatu and Kanaks that work in one of the South Pacific‘s most industrialised cities. The city lies on a protected deepwater harbour which serves as the chief port for New Caledonia.

The first European to establish a settlement in the vicinity was British trader James Paddon in 1851. Anxious to assert control of the island, the French established a settlement nearby three years later in 1854, moving from Balade in the north of the island. This settlement was initially called Port-de-France and was renamed Nouméa in 1866. The area served first as a penal colony, later as a centre for the exploitation of the nickel and gold that was mined nearby.

From 1904 to 1940 Nouméa was linked to Dumbéa and Païta by the Nouméa-Païta railway, the only railway line that ever existed in New Caledonia.

The city maintains much of New Caledonia’s unique mix of French and old Melanesian culture. Even today the U.S. wartime military influence lingers, both with the warmth that many New Caledonian people feel towards the United States after experiencing the relative friendliness of American soldiers and also with the names of several of the quarters in Nouméa. Districts such as “Receiving” and “Robinson”, or even “Motor Pool”, strike the anglophone ear strangely, until the historical context becomes clear.” (Wikipedia) 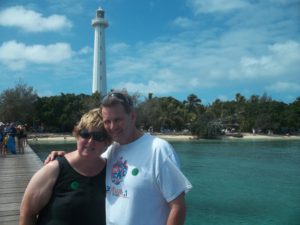 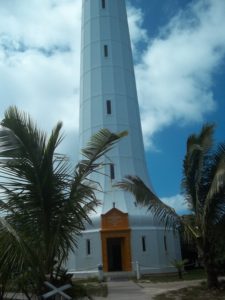 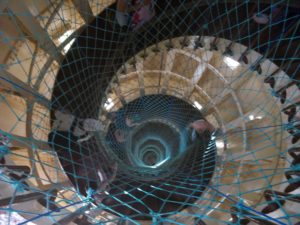 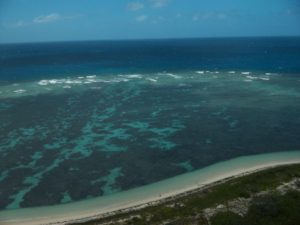 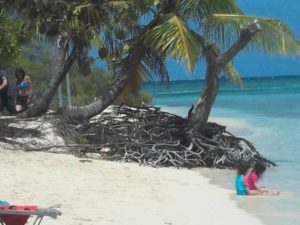 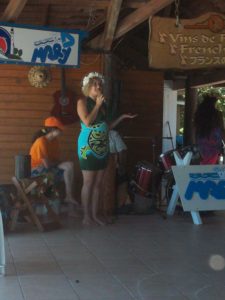 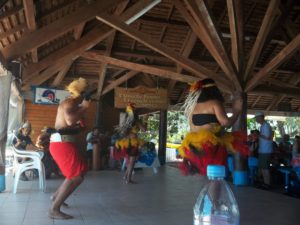 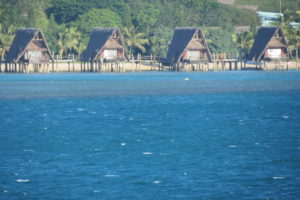