We are in the famed city of Ho Chi Minh City, aka Saigon. Today’s tour is focused on visiting the Cu Chi Tunnels. These tunnels were famous during the Vietnam War. Included in this tour was a countryside visit on our 3 hour drive to the tunnels.

We boarded our bus around 7:30 am and then drove through a small part of Saigon and then to the countryside. While driving, the tour guide promised we would have time to drive by some of the major sites in downtown Saigon.

For the next three hours we drove through the countryside north of Saigon and our port. We passed miles and miles of rice fields, lily farms, villages, and a huge population of motor bikes. The tour guide provided some of the same specifics about Vietnam that we learned yesterday on our tour. The new information we passed along is that Vietnam is the largest the exporter of rice. Rice is a major part of their culture and diet, however he mentioned there consequences for

all this rice, there is a high level of diabetes. The tour guide said that Vietnam is the number 2 exporter of coffee. I so want to try the hot coffee; however that has not happened, at least not yet. A few other items he discussed were that the average monthly salary is $260 month. He also discussed a little bit about the tunnels. The tunnels are built in three levels; 3 meters, 6 meters, and 8-10 meters.

He also discussed some interesting climate information about the city of Saigon. The climate is tropical and the average humidity is 75%! There are two seasons; dry (November through April) and rainy (May to December). There is little variation in the 80 degree temperature.

After nearly 3 hours, yes we did have a quick restroom break along the way, we arrived at the Cu Chi Tunnels. Some of us took advantage of the downtime and napped on the motor coach. We exited the bus and started our tour of the tunnels and surround area. The tunnels, at one point, stretched to Cambodia and included meeting rooms, kitchens and first aid units. These tunnels were a safe haven and base operations

Our tour started by walking in a very dense and darkish forest area. The walking surfaces were uneven; our first stop on the walking tour was a camoflash hidden tunnel spot. The tunnel was really an area in the ground where the Vietcong could hide. The entrance was for super skinny and short individuals. I attached a photo of this location.

We continued our walk and we stopped to view several in the ground traps. One in particular was a turning door, ground level. When you stepped on it, one side would cave in and the person would fall in the landing area on several spikes. The other traps were rolling, see-saw, window, and folding chair.

Our walk continued through the forest, stopping at various displays which revealed what would have been in the tunnels. For example, first aid station, kitchen, armory, etc..

Throughout our walk we heard gun shots in the distance. We thought these were sound effects to demonstrate the noise level

These are utility line. This is crazy and confusing.

and fighting activity that took place during the Vietnam War. What we ended up seeing is a large line firing range. The kids really wanted to shot. There were types of guns that we assumed were used by fighters in the war. The kids settled on shooting an M16. We purchased 10 rounds, Jenny and Michael split between the two of them. So much fun for them and also watching them.

After the shooting range, we walked by a rice paper making demonstration. This is quite interesting, particularly how it transformation from liquid state to dried paper.

From there we walked past a shoe maker using old car/truck tires to make shoes and sandals. What a great way to reuse a recycled product.

As our walk continues we passed by a B52 bomb crater. It was obvious where the crater was, however lots of vegetation have overtaking it.

The best part of our tour was about to happen. We were able to climb into and through one of the many tunnels that were built. This particular tunnel that we were going to crawl through was fighting bunker. The first part of the entrance to the tunnel

The start of our hike to Củ Chi tunnels

was manageable; you only had to slightly bend over. Once climbing down very steep steps, we entered a large room where we had to wait a bit while everyone started descending into the deeper part of the tunnels. Each of us slowly descended into the deeper tunnel. This tunnel was very tiny and it required you to walk in a crouched position. Todd ended up crawling on his knees. Todd got very dirty. The whole experience through the tunnels was absolutely fantastic. We all mentioned how they survived in such a tight tunnel.

After the tunnels we walked by a kitchen with a stove, the stove was actually working. Very interesting point here is that the smoke from the kitchen was actually disbursed in a location far away from the actual stove. You would have never known this except you could see the smoke at this disbursement spot.

I wanted to share a little background on the tunnel, compliments of Wiki. “The tunnels of Củ Chi are an immense network of connecting underground tunnels located in the Củ Chi district of Ho Chi Minh City(Saigon), Vietnam, and are part of a much larger network of tunnels that underlie much of the country.

A place for the fighters to hide

The Củ Chi tunnels were the location of several military campaigns during the Vietnam War, and were theViet Cong‘s base of operations for the Tết Offensive in 1968. The tunnels were used by Viet Cong soldiers as hiding spots during combat, as well as serving as communication and supply routes, hospitals, food and weapon caches and living quarters for numerous North Vietnamese fighters. The tunnel systems were of great importance to the Viet Cong in their resistance to American forces, and helped to counter the growing American military effort.”

Following our awesome tour of the Cu Chi Tunnels, we re-boarding our motor coach and went to our next stop, lunch. The lunch was at an outdoor pavilion on the bank of the Saigon River. The food served was springs, root salad with shrimp and pork, basa fillet fish, braised pork, noodle, steamed rice, and fruits. This stop/lunch was for about 1 hour before we boarded our motor coach and headed to our next stop, a lacquer factory. Although the products here were incredibly beautiful, we decided not to purchase anything here.

Before returning to the ship, the tour guide mentioned that he would have time to drive us through the busy

One of the traps in this forest area

part of Saigon viewing some of the famous landmarks. This was just a drive by. We drove by the post office, Notre Dame church, the shopping area, and municipal building.

Along the Saigon River, close to the financial district, there was a lot of land, totally empty land. The tour guide said that vacant land used to house residents living on the river; however the government moved them in the name of growth. The growth would involve high rise building and an extension of the financial district.

Before I close out for the day, I wanted to give you information on Saigon, as described by Wiki. “Ho Chi Minh City (Vietnamese: Thành phố Hồ Chí Minh; IPA: , formerly named and still also referred to as Saigon (Vietnamese: Sài Gòn; IPA: , French: Saïgon), is the largest city in Vietnam. It was once known as Prey Nokor, an important Khmer sea port prior to annexation by the Vietnamese in the 17th century. Under the name Saigon, it was the capital of the French colony of Cochinchina and later of the independent republic of South Vietnam 1955–75. On 2 July 1976, Saigon merged with the surroundingGia Định Province and was officially renamed Ho Chi

The Ho Chi Minh City Metropolitan Area, a metropolitan area covering most parts of the Southeast region plus Tiền Giang Province and Long An Province under planning, will have an area of 30,000 square kilometres (12,000 sq mi) with a population of 20 million inhabitants by 2020. According to the Mercer Human Resource Consulting, Economist Intelligence Unit and ECA International, Ho Chi Minh City is ranked 132 on the list of world’s most expensive cities for expatriate employees.”

Armory from the war 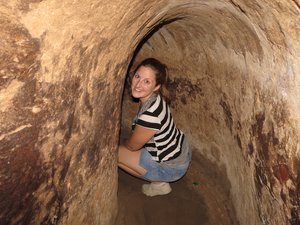 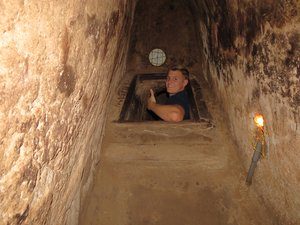 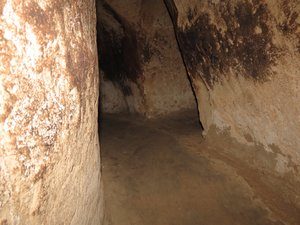 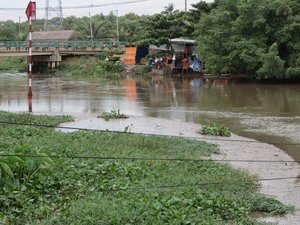 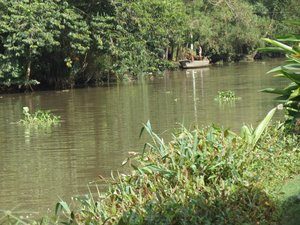 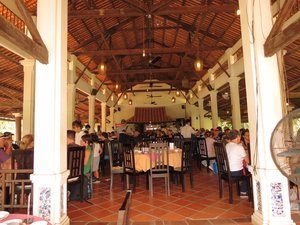 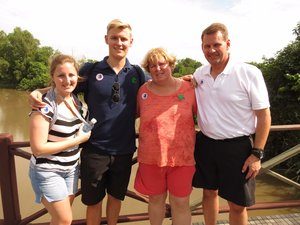 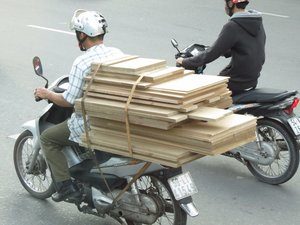 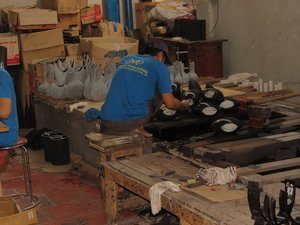 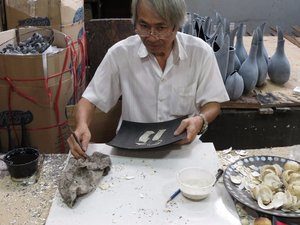 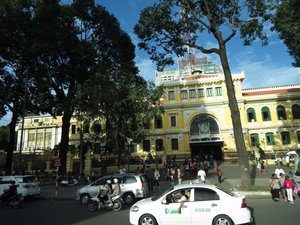